What Is An NFT? Rishi Sunak Asks Royal Mint To Create A Non-Fungible Token 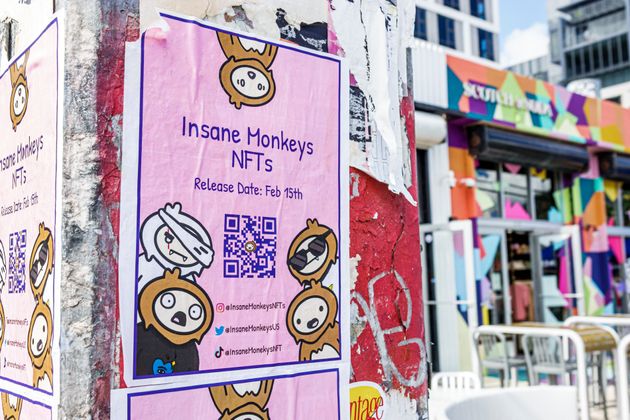 Chancellor Sunakhas asked the Royal Mint to create a non-fungible token (NFT) which is to be issued by the summer, the Treasury said on Monday.

Critics immediately seized on the move towards a UK state-backed NFT as an example of the government being “out of touch” as the cost of living crisis puts the squeeze on households.

So what is an NFT, and why are they so controversial?

What is an NFT?

Things that are fungible can be swapped for an asset of the exact same type and value – traditional currencies such as the pound work like this.

When something is non-fungible, it cannot be changed this way because it is unique. Think of it like a famous painting – there will only be one original, no matter how many copies are made.

An NFT is a distinct cryptographic token that cannot be replicated, which acts as a certificate of ownership for virtual items.

Chancellor @RishiSunak has asked @RoyalMintUK to create an NFT to be issued by the summer.

This decision shows the the forward-looking approach we are determined to take towards cryptoassets in the UK. pic.twitter.com/cd0tiailBK

What is the point?

Supporters view NFTs as the next phase in art collection, and they have exploded in popularity in recent years – with NFT artworks selling for millions of dollars.

Physical works of art and other rare memorabilia have long been sold for large sums of money but if you create something digitally it is hard to make gains.

So NFT offers a chance for artists in the internet age to make some money by selling ownership to anyone who wants it.

Selling a digital asset does not mean the original creator loses copyright either, unless it is explicitly stated as part of the sale.

Of course, this does not stop the image being easily copied by anyone online, but an NFT provides someone the honour of knowing they “own” the original image.

An NFT exists on a blockchain – a record of transactions kept on networked computers that serves as a public record allowing anyone to verify its authenticity and who owns it.

As with any blockchain system, records cannot be forged or divided, as they are logged on computers around the world that are part of the network.

What kind of NFTs exist?

All kinds of digital objects – images, videos, music, text and even tweets – can be bought and sold as NFTs.

Digital art has seen some of the most high-profile sales, while in sport, fans can collect and trade NFTs relating to a particular player or team.

NFTs can also be patches of land in virtual world environments, digital clothing, or exclusive use of a cryptocurrency wallet name.

The first tweet from Twitter boss Jack Dorsey – “just setting up my twttr” – sold for $2.9 million (£2.2 million) as an NFT in March last year.

Last month, Liverpool FC became the latest high-profile sports team to get involved with digital assets – announcing the “LFC Heroes Club” will give fans the opportunity to purchase animated, cartoon-style digital artwork of 23 players and manager Jurgen Klopp. All 20 clubs in the Premier League are reportedly exploring the possibility of launching NFTs. 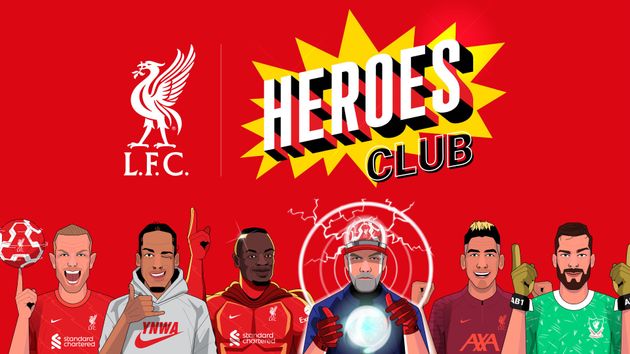 Undated digital artwork issued by Liverpool Football Club of The LFC Heroes Club collection, featuring llustrations of 24 of the male squad, bringing their “individual and superhero characteristics to life”.

Why have NFTs surged?

Some attribute the frenzy to lockdowns, which forced people to spend more time at home on the internet.

NFTs are seen as a way to have possessions in online and virtual environments, which can communicate social status and personal taste. For some people, it is the digital equivalent of buying an expensive pair of sneakers.

For others, the lure lies in rapidly rising prices and the prospect of big returns. Some buyers “flip” NFTs, selling them on within a few days or even hours for profit.

What do critics make of it?

Like cryptocurrencies, NFTs are largely unregulated. Anybody can create and sell an NFT and there is no guarantee of its value. Losses can stack up if the hype dies down.

In a market where many participants use pseudonyms, fraud and scams are also a risk.

Given the huge number of computers needed to continuously run for a blockchain to function, there is also the environmental cost to consider.