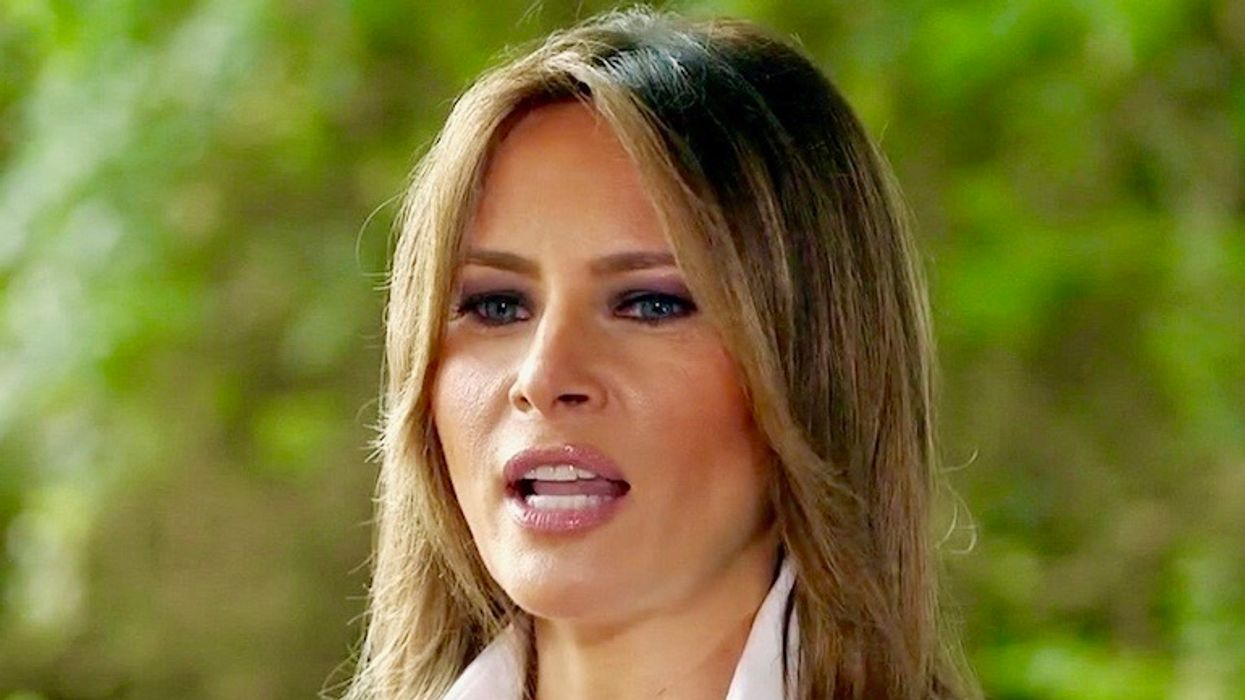 On Tuesday, Vice reported on a bizarre series of transactions surrounding the auction for former First Lady Melania Trump’s nonfungible token (NFT) artwork that appear to indicate Melania Trump’s own office was the source of the cryptocurrency that was paid out to purchase the NFT.

NFTs are blockchain-backed pieces of digital artwork that are held and exchanged for vast sums of money. Melania Trump’s auction was billed as being a charity event — but the money trail, which can be easily tracked due to how cryptocurrency is structured, is peculiar.

“After the auction’s conclusion, The New York Times ran a piece describing the sale as attracting a few bids all around 1,800 SOL, ultimately ending with somebody purchasing the NFT for 1,800 SOL worth $170,000 at the time (now $200,000), a price far below the figure touted by the auction’s press release and which the paper described as ‘deflated results’ due to a wider crash in the price of cryptocurrencies,” reported Jordan Pearson. “Now, according to Solana blockchain records reviewed by Motherboard and shared with an independent researcher, we know who bought the NFT collection: Melania Trump herself, or at least, whoever set up the auction for her.”

“Without getting too bogged down in eye-glazing detail (that will come later), it went like this,” said the report. “The auction winner’s address was funded with 1,800 SOL on January 25, which came from an address (let’s call it Address X) that was itself funded by the address that created Melania’s NFT. After the auction, the NFT creator address sent 180,000 SOL back to Address X which converted it into USDC, a stablecoin pegged to the U.S. dollar. In other words: The winner of Melania Trump’s NFT got the money from none other than the creator of the NFT itself, and an address linked to the NFT creator got the money back.”

Asked for comment, Melania Trump’s office did not give any details, saying simply, “The transaction was facilitated on behalf of a third-party buyer.”

One possible explanation, noted the report, is that because the crypto market crashed, all the bids in SOL weren’t as high as expected, so Melania’s office found a winner who gave a non-crypto offer and converted the money to crypto for the purpose of the transaction.

“However, even in this scenario it’s not clear why this middle wallet was needed, versus the NFT creator address sending the funds straight to the winner and back again,” noted the report.

You can read more here.