It is so difficult reporting on a topic that is new, difficult to understand, and one that is evolving by the month. We are talking about NFTs and their value. An NFT is:

A non-fungible token (NFT) is a non-interchangeable unit of data stored on a blockchain, a form of digital ledger, that can be sold and traded. … NFT ledgers claim to provide a public certificate of authenticity or proof of ownership, but the legal rights conveyed by an NFT can be uncertain.

It appears to us that one is buying code to artwork on a computer, but as one can see just in the definition, how one enforces one’s ownership right to that code (which must be “out” somewhere or the image wouldn’t get displayed) is beyond our understanding.

What we do understand is that NFTs are – like “cryptocurrency” – the next best big thing. Given that, from this generation (Generation Z, the Zoomers) forward, everything will be digitized, it seems as though the idea is to “digitize” art and charge for it. Whether it will work or not is less interesting than Melania’s obvious enthusiasm for her new “for profit” (though portions will go to charity, she never specifies how much) for her new line of products.

The other thing that is very unusual is that Melania is working in partnership with Parler, not Truth Social (perhaps because Truth Social doesn’t work): 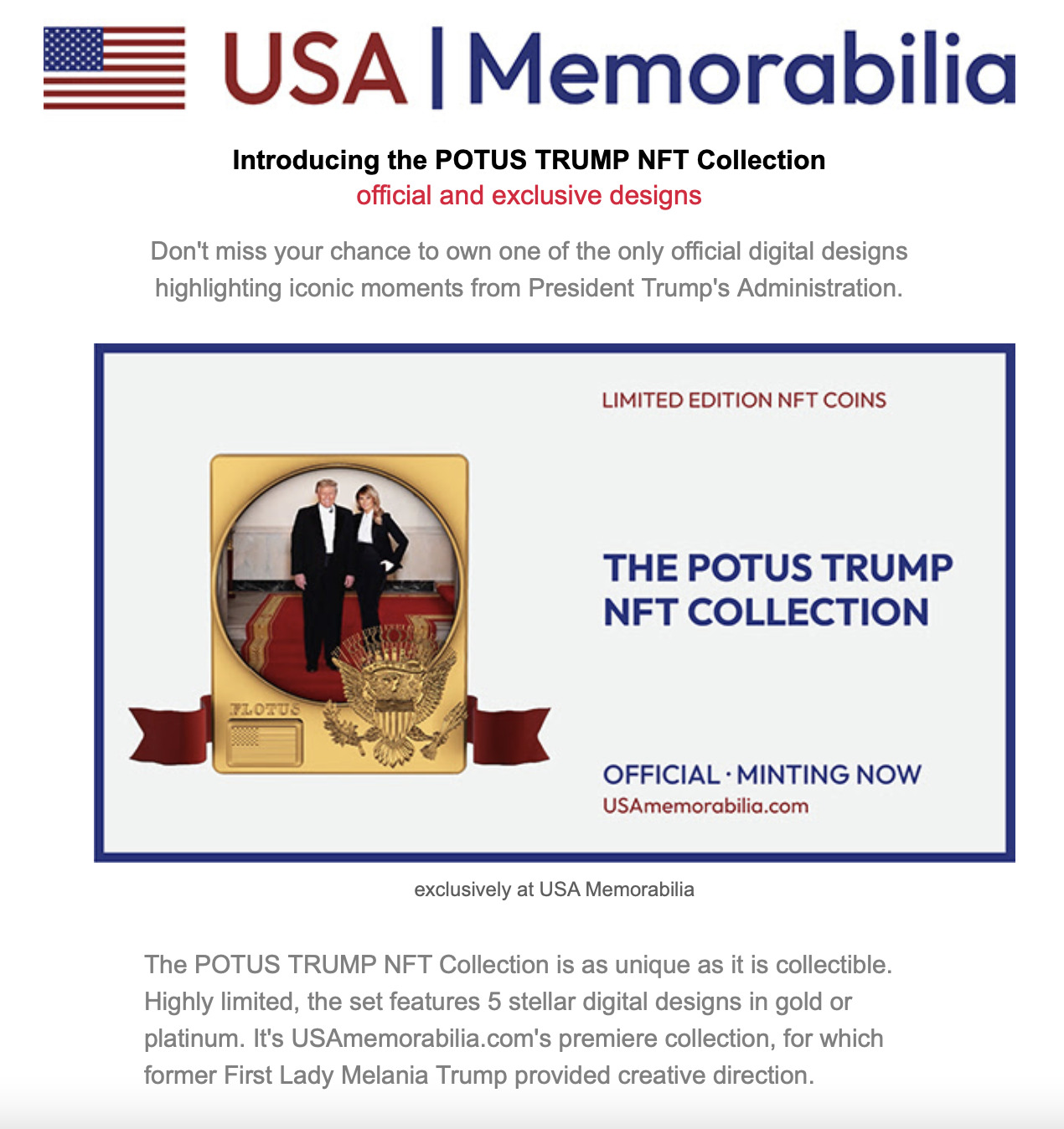 And here Melania pushes for people to try to buy them all! Like a collection! Like baseball cards! Except baseball cards are usually worth something. 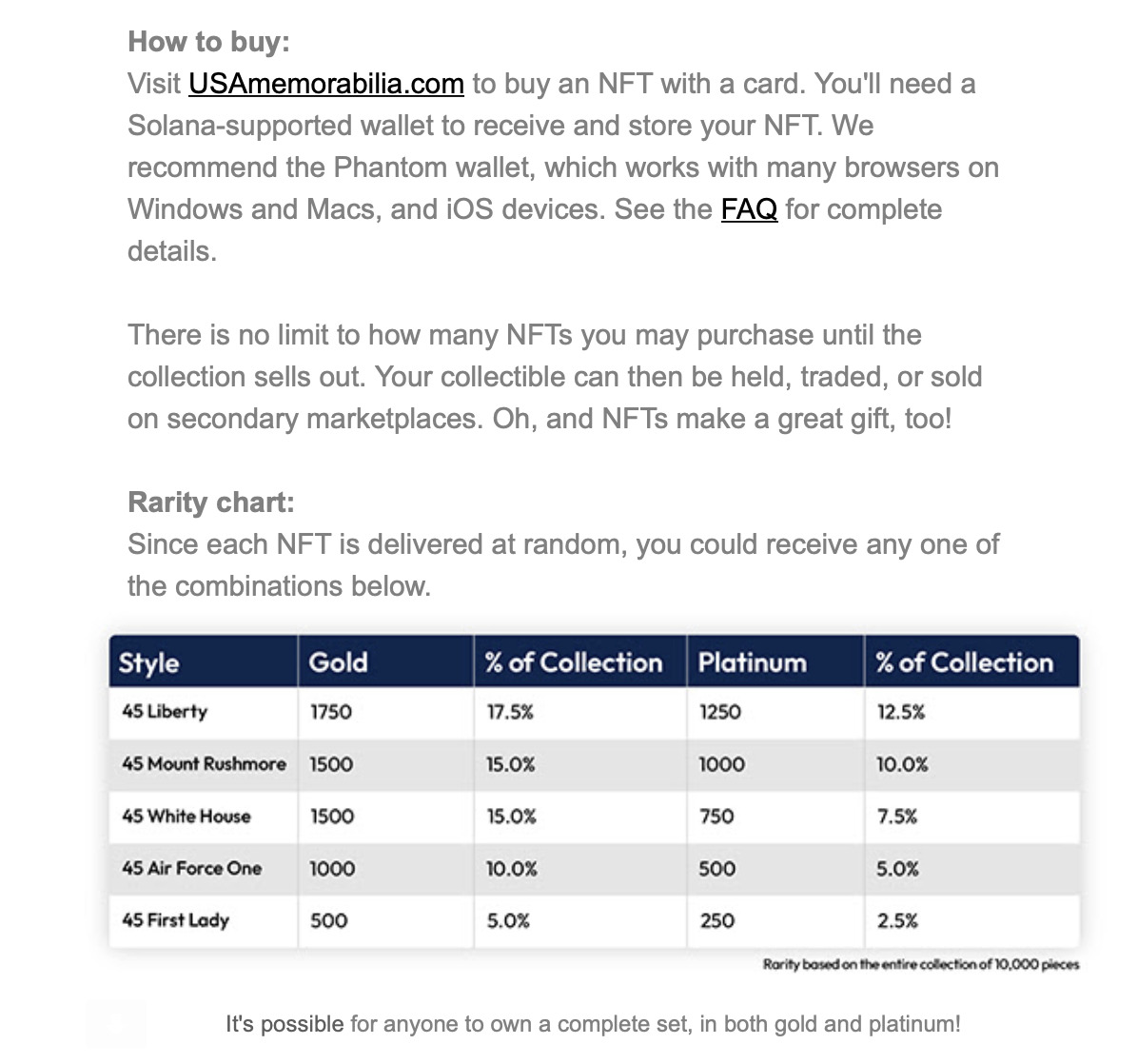 So, as you can see, Melania isn’t exactly specific in her descriptions of what she is selling, either. We do know that this is “hers” in that we haven’t seen Trump promote any part of this, which is odd because Trump always demands a piece of the action in anything using anything that involves him. Maybe they have some agreement? What we want to know is if these things sell?

Check out the 3D version…this could be yours for $50 I guess? Why someone would want this, I don’t know. And it’s not necessarily Melania hate here. If Obama released this I would be asking the same thing.

Although Obama’s sale would definitely be going to a good cause. Melania’s is going to a “charity” but that’s all we know. And only a portion is going to charity and that portion could very well be 0.001%.

Will the MAGAs eat them up? Odds would say yes. Melania started with an expensive drawing, hoping to make a quarter of a million in a four drawing set. It didn’t work. Maybe she overshoot the MAGA market. Thus, the coins, at $50 each and you don’t even know what you’re buying, not even whether you’ll get a gold or platinum? And what does that even mean when we’re talking ones and zeroes!

It means either the MAGAs will get fleeced or Melania will fall flat on her face again. We will keep watching.