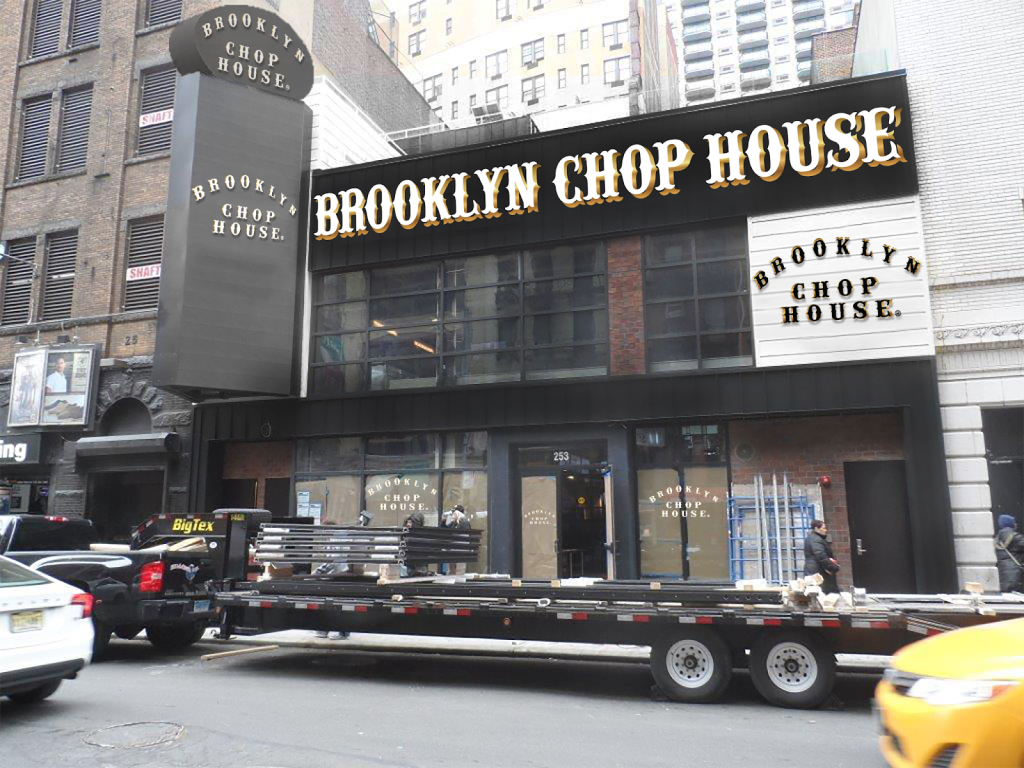 The avidly popular Brooklyn Chop House is poised to open a new location in the heart of New York City, with a nod to the buzzing NFT trend that will allow select patrons to truly be a part of the restaurant.

In a press release, the management group behind the posh restaurant and bar announced that they will be opening a new location in Times Square in Manhattan, New York. This will be the second Brooklyn Chop House in the city; the first location opened up in 2018 at 150 Nassau Street in the Financial District. The restaurant’s aesthetic evokes a feel that is part Gilded Age-era New York and modern chic. The menu is a bold blend of American steakhouse fare and Beijing-style cuisine featuring dim sum and dumplings along with Peking duck. “Brooklyn Chophouse is a brand we created that has become the hottest new steakhouse concepts fused with our creative Asian Culinary experience that our patrons have come to love over the years. Our Times Square flagship will be a must-visit location for New Yorkers and tourists from all around the globe to experience!”, said Robert “Don Pooh” Cummings, music industry legend and co-founder of the management group behind Brooklyn Chop House in the release. The group behind the restaurant is regarded as the largest Black-owned management group in the industry.

The Times Square location is striking for a few reasons. To begin with, it encompasses five floors with six private dining rooms and three bars which include the Frosé Tropical Bar at Brooklyn Beach House. That rooftop bar can accommodate 150 seated guests and has a retractable clear roof to keep the party going despite the elements. The Times Square Brooklyn Chop House will notably be one of only two bistros in the city to offer an exclusive NFT or non-fungible token membership. Under the stewardship of Statis Morfogen, Brooklyn Chop House’s director of operations, the NFT membership at the restaurant gives those who buy-in with the cryptocurrency Ethereum access to the private sub-cellar dining lounge. Much like other private clubs, the perks a member has access to will depend on the price paid. Most will gain you premium access to the private space, but the $20,000 gold membership allows for you to have guaranteed reservations and exclusive reservations for a member and 20 guests. The $1 million membership, however, gives the member a quarter of a percent ownership stake in the restaurant.

With a location only steps away from the Theatre District, the Times Square Brooklyn Chop House looks to be a standout attraction all its own. This aligns with the vision that the restaurant chain’s business strategist, David Thomas had years ago. As he expressed in the press release: “As a child born and raised in Brooklyn walking the streets of Times Square, the big apple was a real treat. Brooklyn Chophouse buried its roots on Nassau street but to have a space in Times Square is a major accomplishment. It’s surreal at times. A real dream came true. I, David Thomas, own a piece of New York.”

For more information, check them out at their website.

4 Benefits of Using Augmented Reality in the Classroom