34% of Americans Want Augmented Reality Online Shopping, Here’s Who They Are

Augmented reality has been a novel concept in tech for quite some time now, and after about a decade of being little more than an interesting thing that some people were curious about it has started to turn into a pretty massive aspect of the tech industry as a whole. Last year, the total number of users that used augmented reality on their mobile devices reached 810 million, and if current growth rates remain stable there is a strong chance that they could cross a billion in number in 2022.

With all of that having been said and now out of the way, it is important to note that around 34% of Americans seem to be interested in incorporating augmented reality into their online shopping experiences above all else. This comes from a survey conducted by YouGov America, and many brands have already started using AR to take advantage of this trend with plenty of influencers also utilizing it to review products in a way that is realistic and easy to understand.

73% of Americans want an easier way to buy things using nothing but their phones according to this survey, and AR could play a pretty massive role in that with all things having been considered and taken into account. 72% also said that they enjoy recommending products that they loved to their friends and family, and AR could definitely help with that as well because it would enable them to give a very accurate depiction of what using a particular product would actually end up being like.

It is also interesting to break down the people that say that AR can make online shopping a more wholesome and rewarding experience because of the fact that this is the sort of thing that could potentially end up explaining who these people actually are. 49% of them are self described gamers which is a lot higher than the 28% of the total country’s population that say the same. These Americans are also more likely to not own a TV, with 26% saying that as opposed to 18% of the general American populace admitting the same.

There is also a stark difference between Americans that want more AR in their online shopping experience in terms of creating online video content. 22% of Americans create and share content on the internet, but this increases to 37% if you just look at those that are excited about AR. This tech clearly appeals to a more tech savvy and forward thinking chunk of the populace and this could impact what brands decide to get on the bandwagon as well for the most part. Brands that care about AR would do well to be cognizant of this. 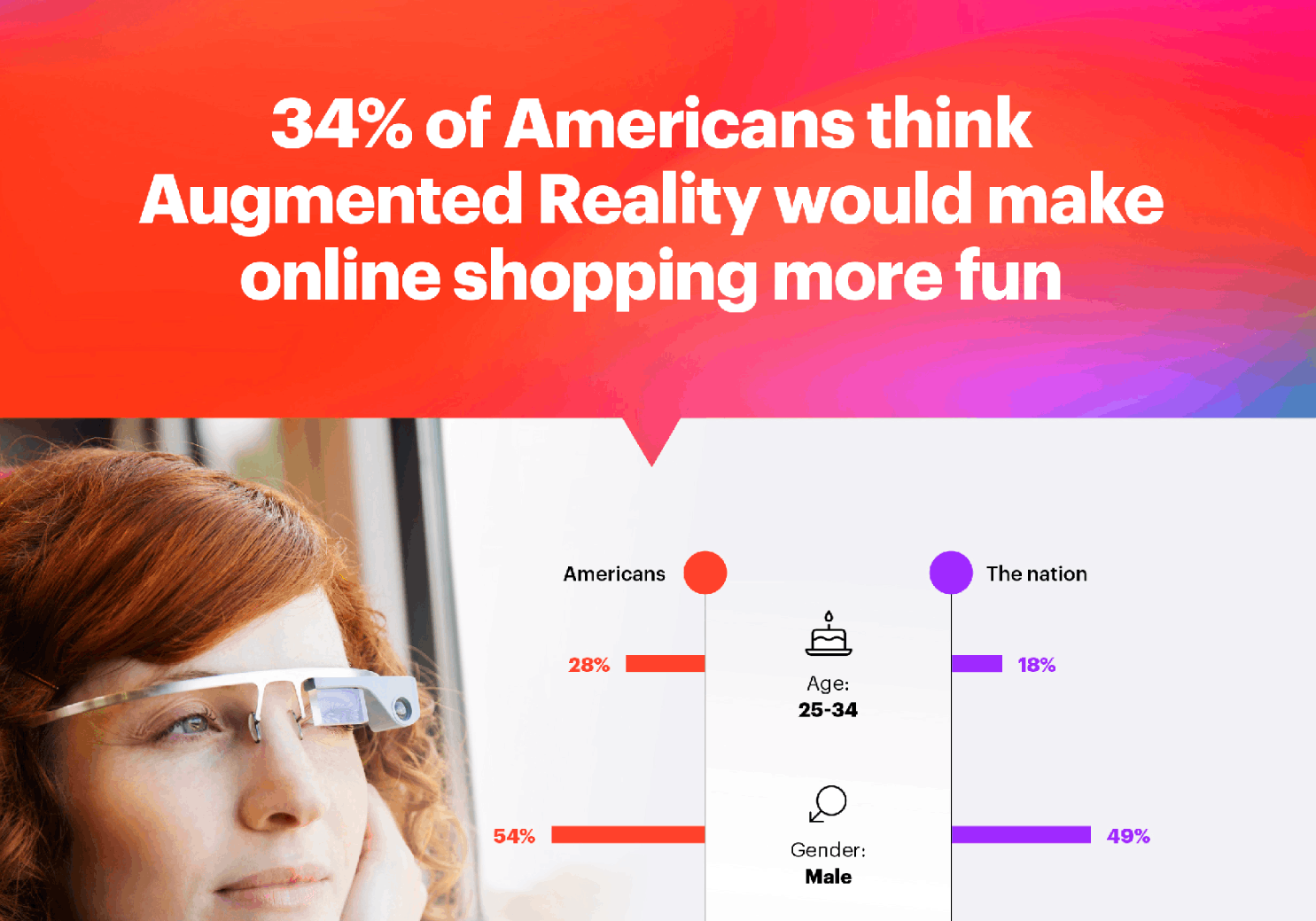